We see wealth as an engine to drive progress. We draw on our heritage, broad expertise and Nordic values to grow and manage wealth for institutions, corporations and private persons in a responsible way.

Evli has been in top positions in Kantar Prospera's "External Asset Management Finland" survey for the past ten years.

Evli, together with the John Nurminen Foundation, continues to save the Baltic Sea

Evli's support to the John Nurminen Foundation focuses on projects that improve the marine environment by reducing pollution and environmental problems in the Baltic Sea. For Evli, protecting the Baltic Sea is a natural step on the way to becoming a carbon neutral asset manager.

Evli supports those affected by the crisis and conflict in Ukraine via the Finnish Red Cross Disaster Relief Fund.

Evli’s long-term goal is to be a growing and profitable asset manager with a unique customer base and a broader international business.

Read Evli's strategy and about Evli as an investment

Simply unique, according to clients, by offering high-quality service and unique client experiences 24/7.

Increasing clients’ wealth according to their individual targets. 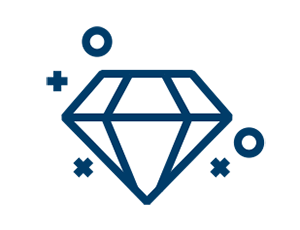 We offer you the opportunity to develop yourself and build your future in investment banking. Our mission is to create value for our customers. We work as a team, learn together, and strive to create a working environment where our employees feel they are developing and thriving.

We believe that investors and companies that consider sustainability factors in their investments will benefit in the long-term.

Evli's main task is to provide investment and financial services to enable individuals, businesses and institutions to achieve their financial goals. In order to achieve our goal, we consider not only economic factors but also the responsibility of our business taking into consideration environmental, social and governmental issues. Responsible business creates long-term added value and remains competitive in a changing global environment.

Carl Ahlström, Henrik Andersin, Roger Kempe and Thomas Thesleff established Evli Securities Ltd in 1985. Evli grew rapidly between 1980 and 1990, and had established its position by the early 2000s. Evli was granted a banking license in 2001 and became an asset management and investment bank. In 2005 and 2006, Evli changed its strategy, with the aim of focusing its business operations especially on providing individual asset management services to its key client groups. The strategic shift helped improve the company’s financial performance and financial predictability.

In 2022, Evli Bank Plc completed an arrangement, whereby the company demerged through a partial demerger into a new asset management group Evli Plc and a company carrying on Evli Bank’s banking services, into which Fellow Finance Plc was merged, and which was named Fellow Bank Plc.

Having started in equity brokerage, Evli has expanded its operations in many ways during its over 35 years. The securities brokerage company first evolved into a bank and thereafter into Evli Plc, an asset management group specialized in responsible wealth management.

The branch office in Stockholm was established

Evli expanded its fund sales to among others Germany and Portugal.

2022: Evli Bank Plc demerged through a partial demerger into a new asset management group Evli Plc and a company carrying on Evli Bank’s banking services, into which Fellow Finance Plc was merged, and which was named Fellow Bank Plc.