The Annual General Meeting (AGM) elects four to eight members to Evli’s Board of Directors, representing major shareholders and external, independent experts with diverse experience of business and the industry in which Evli operates. The members are elected for an annual term.

The responsibilities of the Board of Directors:

In accordance with the principles of good governance, the Board also ensures that the company reinforces the values that base all its operations.

The Board has approved a written procedure defining the Board’s duties and meeting practices. The Board annually conducts an internal self-assessment of its activities and working practices.

Members of the Board of Directors

The Board of Directors consists of both industry experts and the company’s major shareholders.

Evli Bank was demerged through a partial demerger into a new asset management group Evli Plc that is listed and a company that carries on Evli Bank’s banking services and into which Fellow Finance was merged on April, 2, 2022.

The members independent of the company and its shareholders are Fredrik Hacklin, Sari Helander, Antti Kuljukka and Teuvo Salminen. 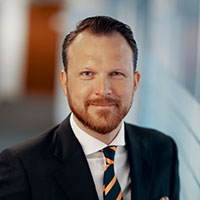 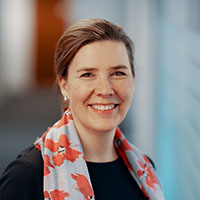 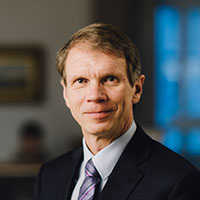 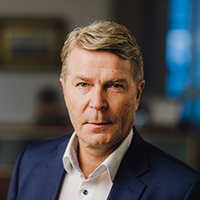 The Audit and Risk Committee assists the company’s Board in ensuring that the company has an adequate internal control system covering all operations. In addition the committees tasks are:

The Audit Committee consists of at least two members, who may not belong to the company’s management and who are elected by the Board from among its independent members. In addition to the regular members the meetings are attended by the auditors, the CEO, the CFO and the internal auditor.

The Compensation Committee assists the company’s Board in preparing matters related to the employment terms and compensation. In addition the committee’s tasks are:

The Compensation Committee consists of at least three members, elected by the Board from among its members, and the committee shall be chaired by an independent Board member.

Size of the Board of Directors

According to Evli’s Articles of Association, its Board of Directors must have at least four and no more than eight members. The Board members are elected by the Annual General Meeting (AGM) and their term ends at the conclusion of the first AGM of the following year.

The number of Board members may vary due to many different reasons. There are deemed to be a sufficient number of members when the Board members represent an appropriate combination of continuity, experience, competence, vision and diversity of backgrounds and the Board can reliably meet the needs of Evli and its business operations and fill committee seats. However, the Board should not have so many members that the number presents an obstacle to active debate and dynamic decision-making. The actual size of the Board may from time to time be affected by the availability of competent candidates and the resignation of existing members.

Independence of the Board

All Board candidates must submit their own assessment of their independence to the Board once every year. In addition, the company also evaluates the independence of all existing members based on documents in its possession and, when needed, using public documents in accordance with the Corporate Governance Code issued by the Securities Market Association in 2015 or other applicable regulations.

Election of Board members and composition of the Board

The major shareholders of the company prepare a proposal on the composition of the Board for the AGM. The Board members should be elected so that the Board will be as diverse as possible and support Evli’s business goals and meet the following principles:

In addition, in accordance to the Corporate Governance Code persons elected to the Board must be able to use sufficient time to carry out their duties.

Diversity goals and their monitoring

Evli’s goal is to ensure that its Board is as diverse as possible. Its members should have experience from different sectors and diverse educational backgrounds. They should also have executive level experience either from Board or executive group membership. The goal is also that both genders are represented on the Board.

The Board annually evaluates its own activities, working methods and diversity and its progress towards its goals. Achievement of goals is reported annually to in the Corporate governance statement.