O VALUE, WHERE ART THOU?

Getting timing right is always a struggle as irrational periods can last for a good while. But value is today extremely cheap in relative terms and sentiment towards value is extremely pessimistic — and we strongly believe it is a sensible time to buy value stocks — both for the short-term and the long run.

I started my financial career as a young analyst during the mid-1990s in the dry heat of a booming California. Even though the technology sector by then had started to inflate the IT bubble, one of my first job tasks was highly unexpected: to construct a list of cheap stocks based on different valuation measures such as the price-earnings (P/E) and price-to-book (P/B) ratios (a cumbersome task for an analyst in a time period when “the Internet” was a new thing and online databases didn’t exist). A value case that could interest smart clients, looking to buy low, sell high. A more senior colleague tried to instruct me to look for cheap stocks the “Warren Buffett way”. ”You better check out his investment style”, he strongly advised me.

The ups and downs

Buffett was already quite popular in the 1990s, but back then his devoted followers were more of a ”value cult”. Later, on December 5th in 1996, Alan Greenspan, the conspicuous Fed Chief at the time, warned that the stock market was suffering from irrational exuberance. In other words, he claimed that the market had entered a mania phase and was becoming too expensive overall. Value investors agreed. However, Greenspan’s timing was everything but accurate. Stock markets were in for one of the most exuberant periods in history, and it took more than three years of impressive price gains before the bubble burst.

Value stocks suffered one of its worst periods in the late 1990s, compared to the rest of the stock market, but especially against expensive growth stocks. Increasingly bullish investors lost faith in value — ”value investing is dead”, many claimed. 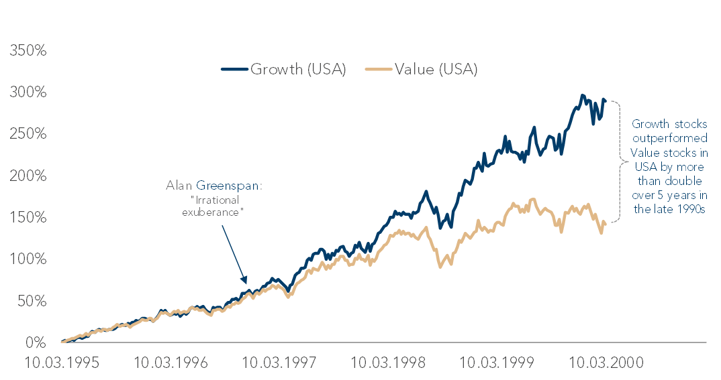 Lo and behold, the early 2000s turned out to be one of the most powerful periods for value stocks – in relative terms. Warren Buffett and his cohort of value fans were back. Eventually, the ethos of value investing grew bigger and stronger as Buffett gathered tens of thousands of investors to the middle of nowhere in Omaha every year. Then came the global financial crisis.

Value investing is without doubt the most debated investment style among equity investors across the globe. The underperformance since the GFC has created new doubts whether value is a sensible investment style, not to mention it being a rewarded factor for the long-term investor altogether. Investors have in recent years fled in masses to the more defensive growth stocks which have performed well not only in the past 1-2 years but also over the past 10 years. But there’s a mounting issue with growth stocks — they have become exceedingly expensive, while value stocks are still cheap.

The short history of value investing

The foundation of value as an investment style was laid out by Benjamin Graham and David Dodd in Security Analysis which was published already in 1934. Subsequently, Graham cemented this style of investing in Intelligent Investor in 1949. Both books have influenced investors around the world, labeling Graham as the “father of value investing”. This style of investing influenced the young student Warren Buffett, who already in the 1950s took up practicing value investing according to the disciplines he acquired as Graham’s student.

Over recent decades, a well-established body of academic literature has demonstrated a strong case for the value premium. Basu [1977] was the first empirical researcher to demonstrate that value stocks generate higher returns than the market. Fama and French [1992, 1993] presented the value premium in an asset pricing model, labelled the three-factor model (FF3). Their work was in many ways groundbreaking and established the path academic research transformed itself around asset pricing in general, and factor research more specifically.

Despite the bad periods, the value factor (cheap stocks) displays strong evidence of outperformance against growth stocks (expensive stocks) over long periods as well as across markets in USA, Europe and Asia. Furthermore, the value premium is present across asset classes, e.g. in bonds and currencies.

According to data by professor Kenneth French, US value stocks have outperformed growth stocks by 3.1% per annum between 1926-2019 (see Figure 2). This includes all the poor value periods in history (blue arrows show the periods of over -20% relative underperformance). Hence, long-term value investors have got rewarded. Warren Buffett is a living example of this, although all his performance has not only been driven by the value factor (See Frazzini, Kabiller and Pedersen [2013, 2018] — Buffett’s Alpha). 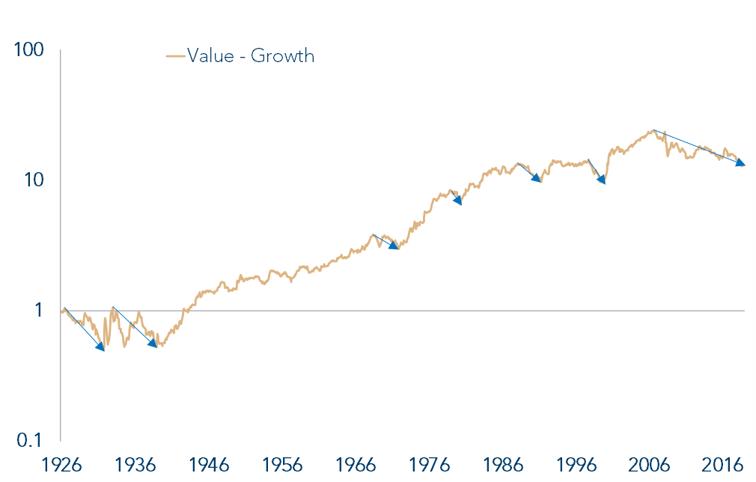 Source: Evli, Kenneth French website; US equity market. Time period 07/1926-07/2019. Blue arrows over -20% relative drawdowns. Log scale. For illustrative purposes only. Calculations don’t include any transaction costs or any other fees. Past performance is no guarantee of future returns.

Even in the more objective perspective as a systematic investor, value is certainly one of the more compelling factors. Value tends to have a low correlation to other factors, especially momentum. Hence, value possesses a great deal of diversification benefits – for any investor.

The present case for value

Observing historical performance, value tends to occasionally experience even long periods of underperformance. Such as in the late 1990s or more recently after the GFC. Fast forward to today, the difference in valuation levels between (inexpensive) value and (expensive) growth stocks in Europe is as extreme as it was in 2000 at the peak of the IT bubble. This goes for P/E, P/B or price-to-free-cashflow ratios. Similar extreme levels can be recognised in US and global markets, as well.

Getting timing right is always a struggle as irrational periods can last for a good while. But value is today extremely cheap in relative terms and sentiment towards value is extremely pessimistic — and we strongly believe it may be a sensible time to buy value stocks — both for the short-term and the long run.

For the longer-term investor, we think value should be one of the building blocks in a strategic equity portfolio. Not only does empirical research show robust evidence of the value premium in the past, but both risk-based and behavioral theories make sensible cases why value stocks will continue to outperform markets in the long run.

In September, over the course of 1-2 weeks, a rotation in markets occurred as investors switched from styles such as momentum to value stocks. There was an especially large move upwards in value over a couple of days, which may have been an early sign implying that value is poised for outperformance in the near term.

In summary, we believe the more recent technical data (extreme cheapness) and arguments advocated by academic research supporting both a tactical and strategic case for value. 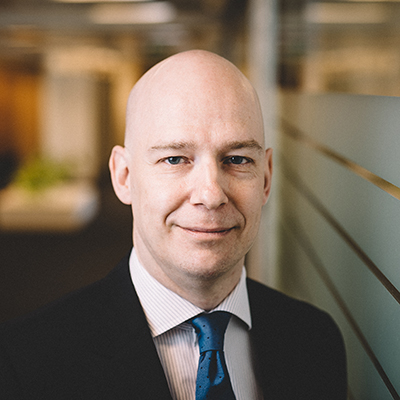