Up to 2/3 of executives' target compensation is variable

Remuneration is a tool for strategic management and, when successfully implemented, it motivates and retains executives and all employees and directs their performances towards achieving objectives. In all cases, the basis for executive remuneration should be the total remuneration, which is considered from the perspective of a target person, the company's internal pay ratios and external remuneration benchmark.

Both listed and non-listed companies are increasingly paying attention to the performance criteria used in long-term incentive plans and, in particular, the importance of responsibility as part of the criteria is increasing. In practice, an emphasis on responsibility means that a company is not only looking at the result, but also considering whether the result has been achieved in line with responsible conduct.

Evli Alexander Incentives Oy’s Top Executive Compensation Survey, completed in September 2021, provides a comprehensive benchmark on the levels and structures of executive teams’ remuneration. More than a third of the CEOs of the companies participating in the survey received a base salary increase and approximately a half of the members of the executive team, respectively. 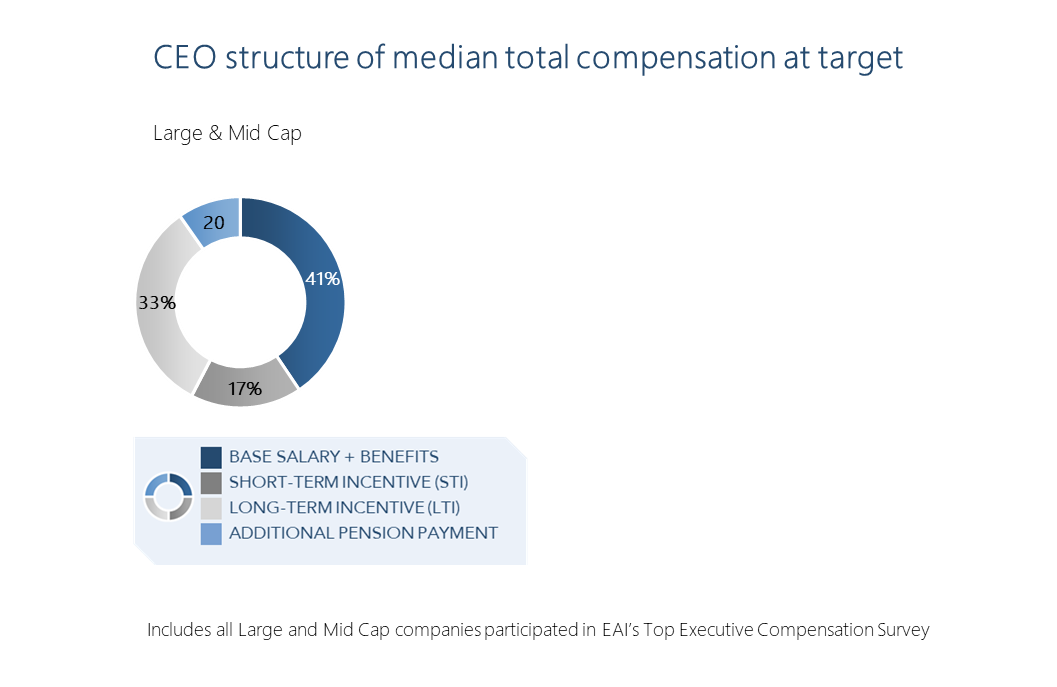 In Large Cap companies, the outcome of long-term incentive plans was at a somewhat lower level than in 2020. In listed companies, approximately one-third of the long-term incentives ended up in zero outcome. At the median level, the total remuneration paid to executives was slightly below the previous year’s level.

Evli Alexander Incentives - make the most of share based incentives