Evli’s Impact Forest Fund has attracted strong interest from Nordic investors since its creation last year. At the heart of the team is Roger Naylor, an English portfolio manager who oversees the everyday running of the fund. He was heavily involved in getting the department off the ground and brings with him decades of forestry experience.

ESG and sustainability are in Evli’s DNA and core to its strategic investment focus – part of that initiative is to raise funds that have a climate mitigation target attached to them. “I felt that my 17 years’ experience in forestry investment was a good fit with those targets,” begins Naylor, who has evaluated more than USD 3.7 billion in global forest investments during his career so far. “The fund invests globally so my previous experience selecting forestry managers and funds on behalf of Scandinavian pension funds was also an ideal fit”.

In January 2020, just a few months after Richard Wanamo joined Evli to lead the new global infrastructure fund, Naylor was engaged to undertake a feasibility study. He looked at whether a forestry fund would be the right approach for the firm and its clients, as well as determine a structure and pipeline of suitable investments. The outcome was the Evli Impact Forest Fund, which has raised USD 70 million to date.

“Early on, we decided to make it an impact fund that should revolve around carbon sequestration. We wanted to have a measurable carbon target alongside a good financial return. Forestry is the ideal asset class for this because trees remove atmospheric carbon dioxide as they grow and store it in the growing forests. In addition, when harvested wood products are used in long-lived end uses like construction timber, you get a carbon sink,” he explains.

Naylor first came to Finland in 1997 as an exchange student. The experience sparked an interest in the investment side of forestry and he returned in 1999 to study for a master’s degree in Forest Economics from the University of Helsinki attracted by the good reputation and high quality teaching of the faculty. Leaving Finland after graduation he gained experience setting up similar types of funds with his previous employer, the International Woodland Company. “When I came on board with Evli, I had a clear idea of how the fund would work, in which regions we should invest, and I had good contacts with the fund managers,” he says.

The eight-month development process involved getting permissions from the Finnish FSA and registering the fund, but it was deciding how to measure the impact metrics, as well as what would be required from the fund managers, that took the most time.

Compared with other funds within Evli, the forestry fund has a relatively small team, placing a lot of responsibility on the portfolio managers to find the right assets. “The investment committee scrutinises our recommendations and challenges our assumptions. We also have a strong back-office team who administer the fund and help with the reporting metrics, as well as a brilliant in-house ESG team that is among the best in the business,” he emphasises.

Before returning to Finland, Naylor didn’t know much about Evli but he soon found their values and culture married up with his own. He also notes that having an established alternative investments team really helped accelerate the process of getting the forest fund in place. “The board had already decided to launch funds with climate change mitigation targets, so the stars seemed to align when I came along.”

With experience from assignments in South America, Europe and the US, he is well-aware of the characteristics that make a forest fund an attractive investment. One of its biggest strengths is in portfolio diversification because of the low correlation compared other asset classes, particularly equities and bonds.

“Inflation hasn't really been on the radar for the last 10-12 years, but it is increasing,” states Naylor. “Studies have shown that forestry has been an effective hedge against inflation. This is mostly because timber prices are aligned with the performance of the broader economy.”

Demand for timber has a broad base, so prices are not rising or falling based on a single end-use sector. “Establishing new forests for additional supply is a lengthy process. The ability to supply more wood in times of rising prices is therefore constrained and higher prices tend to persist. Harvesting flexibility also allows owners to time harvests and to not cut during periods of weaker pricing, resulting in capital preservation. You’ve also got the ESG benefits, so it’s a sustainable investment you can feel good about holding in your portfolio.”

Climate change is becoming a major transition focus and many companies are announcing net-zero targets for their portfolios. “To achieve that, they must invest in low-emitting industries and include assets that can remove and store carbon. It's where we see this new impetus towards forestry coming from and renewed interest from investors in forestry,” he says.

While there is fresh interest, the broad base of forestry investors over the past 30 years have been North American and Nordic pension funds. Naylor believes that it has been the Scandinavian and Nordic investors who have pushed the ESG agenda forward, being among the first to ask for increased ESG metrics and reporting.

“They’re recognised as knowledgeable and sustainability conscious investors, as well as being rather direct and pushing the fund managers to evolve in that direction. We see this fund as the first in a family of forestry funds. Alternative asset classes are one of the areas of growth that will support Evli’s change from being an investment bank to an asset manager,” he clarifies.

Turning to forestry to offset carbon

One of the reasons Evli decided to set up their forestry fund now is because a slew of new regulations around carbon reporting and measuring are expected to be announced in 2023, triggered by the “ratchet mechanism” in the 2015 Paris Climate Agreement. Naylor sees this as sparking renewed interest in investments that can reduce the carbon footprint of portfolios.

“Apple, for example, have announced their intention to become carbon neutral. They have measures to eliminate 75% of their emissions in their supply chain and products. However, for the 25% they can't eliminate, they're turning to forestry to generate offsets to reach carbon neutrality. We'll see many other companies following in their footsteps,” he predicts.

In fact, it is the carbon impact angle that led to Evli deliberately not investing in forests across the Nordics. While the region has excellent forests and management, they grow quite slowly because of the climate. By targeting investments in the US, South America, Australia and New Zealand, the potential carbon impact is estimated to be five-times greater and generate a higher investment return.

When it comes to assuring forestry fund investors that their investments really are sustainable, the Evli Impact Forest Fund only uses fund managers that have their forests certified by either FSC or PEFC standards, which are independent certification bodies that audit the managers and their assets.

“There's a chain of custody that runs through the wood supply chain and into the end use as well. I don't think any other building material has that level of scrutiny or that ability to say, 'this a sustainable material and working practise',” observes Naylor. 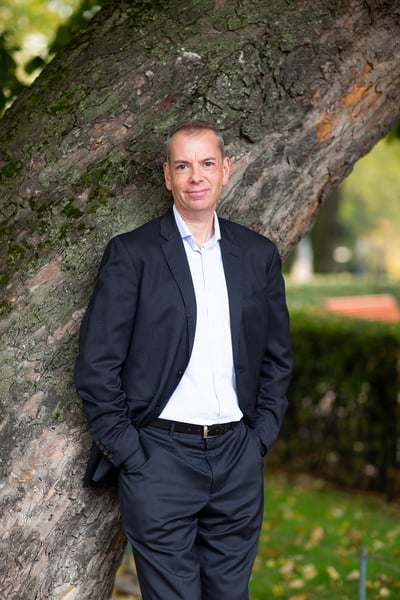 NB! Evli Impact Forest Fund is intended for professional investors and a limited number of non-professional clients who make an investment of at least EUR 100,000 and who are considered to have an adequate understanding of the fund and its investment activities.