Missed the credit rally? Still want in, but not high risk? Go Nordic.

We’ve said it before: the rebound in European credit can be rapid and powerful. And it was…. but not for all. When investors wanted to hop back onto the bandwagon, they went straight for the most volatile and riskiest. This left even the high-quality areas lagging. We believe there is still room for the rally to run, but the upside is in the higher quality Nordic region, and this is especially helpful for investors who don’t want to dive into the riskier parts of credit.

We expect the Nordic credit market will return 4-5% over the next 12 months. And that’s even if Euro IG spreads remain flat. For the credit market of this economically resilient region, we see:

Nordic credit weakness was out of touch with reality

Much of the media attention towards Sweden’s handling of Covid-19 was negative. Thus, it’s no surprise that Swedish credit was among the hardest hit in terms of spread widening. But should it have been? You can debate if Swedish authorities handled the pandemic correctly but there’s no debate that Sweden’s macroeconomic data and its corporate earnings have not fared much worse than the rest of Europe.

So why else were Swedish credits hit? Retail investors hopped off the bandwagon early because they had been lured in recent years into the fixed income market with low risk account money by aggressive distributors. The pandemic, and Sweden’s response, spooked them. But since July, we’ve seen strong inflows back into Swedish credits, and this has helped a rebound lately.

The Nordic region has a reputation for being among the most resilient and stable parts of Europe but perhaps the Swedish response to Covid and the impact of the early 2020 oil crisis on Norwegian credits made investors question this reputation. Well, it shouldn’t have. The Nordic economies have fared better during the pandemic than other European economies. In fact, Finland was the continent’s best performer, recording the smallest GDP drop in Q2 of -3.2% (based on preliminary figures) versus the EU average of -11.7% and Euro area -12.1% (source: Eurostat).

While the country-specific macro figures look poor for almost every country globally, there are pockets of optimism and good results for individual sectors in the Nordic credit market. In fact, the crisis has proven the existence of several safe haven sectors in the region.

Can there really be safe havens when quarterly GDP is down in the double-digits? Well, within residential real estate, for example, we’ve actually witnessed a rise in EBITDA margins during Q2. And look at logistics: Danish company DSV saw a huge organic rise in EBITDA, thanks to surge in the high-margin air cargo business. Likewise, many shopping centres were not badly affected by the pandemic as they managed to stay open. Thus, a company like Citycon (the only shopping mall position in Evli’s Nordic Corporate Bond fund) released their Q2 results which were almost completely unaffected by the pandemic.

Of the top ten holdings in the Evli Nordic Corporate Bond fund, there was actually a rise in EBITDA, on average. Five of the nine issuers in the top ten who have reported Q2 results showed a year-on-year rise in earnings in Q2.

Issuer fundamentals remain healthy too: Nordic issuers have not had any big refinancing needs, nor has there been any abundance of desperate issuers trying to raise cash. On the contrary, many issuers still have too much cash, which is sub-optimal in this era of negative yields. We believe new issuance will pick up in Q4 at the latest, timed to coincide with the resurgence of inflows. And, since outstanding bond spreads are not yet back to pre-crisis levels, the new issue spreads will be attractively priced. In the secondary market, we believe there will be better support and tighter pricing.

The number of debt defaults has not risen dramatically, nor does our fund have any holdings in the few cases that are currently discussing a restructuring. Not surprisingly, the Nordic banks have been hiking their bad loans provisions but not as much have materialised as initially feared.

To a Southern European or American, there is little difference between a Swede and a Norwegian (just don’t tell that to them!). Indeed, the Nordic cultures have a lot in common, but the Nordic corporate world is very diverse. There’s enough variety in the region to move in and out of country risk, in and out of sectors, and up and down the risk and ratings scale.

Within the region, there are fantastic possibilities to diversify:

At this point in the rally, there’s better risk-reward in Nordics

Understandably, many investors are hesitant to dive into riskier credits at this point just to participate in the credit rally. What if there’s a second wave of Covid-19? What if the economic pain suffered in Q2 has consequences that are longer lasting than anticipated? We believe that the Nordic economies and companies have proven that they can survive future turbulence better than most other markets.

Investors can take comfort in the support from local Central banks too: In Norway, the Norges Bank did a lot of buying across the market early on, which greatly helped the market. In Finland, the ECB has been buying, albeit restricted to only a few big IG names. In Sweden, the Riksbanken has only acted in the commercial paper market until recently, but in late July they finally recruited a Portfolio Manager for corporate bonds, with buying expected to start in September. That’s huge.

This is the region that should outperform. While spreads in Europe have recovered quickly, they are not yet back to pre-crisis levels, especially in Sweden and Finland. Even if European credit remains stagnant, we believe Nordic credits will return 4-5% over the next 12 months. We believe the Nordic market to outperform Euro IG like it did in late 2016 when the ECB’s bond purchase program was announced or after the 2018 EUR IG rally, when rates fell and longer duration bonds outperformed.

All of Evli’s European credit funds can participate in this regional flexibility, as they can all invest in Nordic credits and make the most of the crossover strategy to shift in and out of IG, HY and unrated bond classifications. 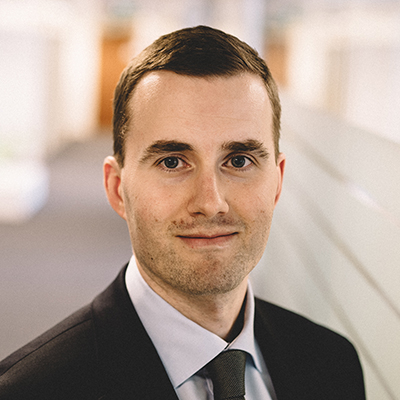