Investors have been anxious about the risk of inflation. To understand if the fears were justified and whether they could undermine economic recovery, we spoke to Evli’s asset management team, who allay those fears and highlight the resilience of the Nordic bond market.

Bond prices had been recovering since last summer, which was to be expected as the economy heeled from the effects of the global pandemic. In late-February, however, nervousness about bond prices quickened to a pace described by The Economist as threatening a “destabilising rout” and triggering “anxiety about inflation”.

The big theme over the past year has been the search for yield, says senior portfolio manager Peter Lindahl. “In these low interest rate environments, investors have searched for that extra yield through fixed income or other alternative return sources. We have fixed income products that have a shorter duration but perhaps offer a slightly higher yield compared to broader markets,” he adds.

“If we look specifically at fixed-income investments, the interest rate risk is one aspect, while the issuer risk is another. We are also looking for more floating rate investments, which are not as sensitive to higher rates as fixed-rate and long-term fixed income investments,” says fellow senior portfolio manager Tomas Hildebrandt.

For investors who have wanted to move further out on the risk curve, Lindahl lists that they have offered emerging market bonds and high yield bonds. He feels that Evli has had a good offering and has done well in recommending some of the interesting themes on the fixed income side over the past 12 months.

Evli has also noticed a clear shift in allocations to alternative assets and real assets. Evli’s clients have been interested in products that offer long-term protection from higher inflation.

In addition to standard high-quality, low-duration bonds, there is also a Nordic private debt market with equally good macro qualities and quality attributes that Evli will soon offer opportunities to invest in via their new leveraged loans asset class.

When it comes to the risk of inflation, there are differing views regarding its “pain levels”, says Hildebrandt. “If inflation rises in the US to 3%, will the Fed react and what will they do? It is similar in Europe. Will the European Central Bank react if inflation rises to 2% in the euro area? That is the question that many in the markets are now trying to find out,” he says.

While both senior portfolio managers view the inflation trend as more of a US risk than a European problem, there could be spill-over effects if inflation rises to 3-4% in the US over the next two years.

“From March last year, there has been massive stimulus coming from central banks and governments that quickly put out fires from the economic crisis, which supported the corporate bond markets. The surprising trend was that government bonds did well for such a long time,” explains Lindahl.

He notes that central banks are still buying large amounts of corporate bonds in markets around the world but imagines it could be the first test of bond markets and Nordic bond market readiness when this support begins to taper off.

Due to its oil-based economy, Norway is more exposed to global bounces and Hildebrandt views Norges Bank as being like a canary in a coal mine. “They must react faster with their monetary policy. While for Denmark, Sweden and Finland, it's more or less the euro area monetary policy outlook that matters. We have more cyclicality in Finland and Sweden, so that could boost growth,” he believes.

“The Nordic bond market is still a local market, especially the unrated part. It has some bearing on how the bond markets are working, but it boils down to the fact that there is still lots of internalization within the Nordic countries that keep the market in the plus margin,” states Petter von Bonsdorff, Head of International Business Development for Evli's funds.

The resilience often attached to the Nordic bond markets can be partly attributed to the region’s remarkably high GDP per capita, meaning that there is less need to dash for the cash.

In addition, the market includes some of the world’s most sustainable companies. For years, it has seen the participation of active managers with deep ESG integration and local knowledge, little European Central Bank impact. Also a large amount of unrated bonds keeps hot money away.

From a fixed income market perspective, the Nordic economies have greater exposure to areas with growth and lower exposure to southern Europe’s debt-laden countries, for example. In addition, the EU has a larger share of exports to China than the Nordic countries, plus there is plenty of trade between the Nordic nations themselves.

“In most cases, pensions are safeguarded in the Nordic system which makes a significant difference in investor behaviour. In southern Europe, people often tend to their pensions through saving schemes or lack reliable institutions that care for their pension fund. They don't have the safety nets we have in the Nordics,” concludes von Bonsdorff. 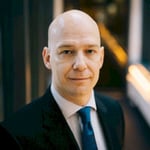 Peter Lindahl, M.Sc. (Econ.), chairman of Evli’s allocation team and the Head of Systematic Funds at Evli. Peter has worked in the finance industry since 1996 and started at Evli as a portfolio manager in 2000. He and his team manage factor funds. 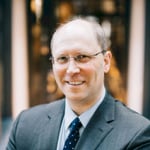 Tomas Hildebrandt, Senior Portfolio Manager for institutional clients. He is a member of Evli’s asset allocation team and is also working as a market strategist. Tomas joined Evli in 1996 and has been working in capital markets for nearly 30 years. 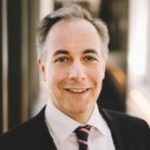 Join Tomas Hildebrandt and his guests as they examine the Nordic region's changing trends and present a local perspective for global investors. Tune in!