The siren song inside the investor’s head

With their enchanting music, the Sirens lured sailors irresistibly to their island only to tear them to pieces. The investor need not have himself tied to the mast, but like Odysseus, he should prepare for the call of the sirens because “psychological sirens” sing their seductive songs inside the investor's head.

Fear, greed, regret and hope influence our decisions more than we care to admit, wreaking havoc with our investment assets. Intuition thrives on repetition and predictability, but these are very scarce commodities in the market. Behavioral finance provides valuable lessons on how to take psychology into account in investment activities. For the investor, knowledge of psychology can be a shield with which to protect oneself, as well as a sword with which to harness market psychology for one’s own benefit.

A key finding in behavioral finance is that, being human, we tend to make certain errors of judgment. We resort to heuristic processes that are supposed to help us in our decision-making, and many psychological biases are so deeply rooted that they could easily be regarded as permanent traits. The heuristic processes include rules of thumb, intuition and common sense, as well as learning through trial and error. In everyday life, they are undoubtedly critical decision-making tools, but in the investment market, they can seriously mislead you.

There are roughly five million inhabitants in Norway. How many are there in Madagascar? People tend to use psychological anchors as a basis for their assessments, even when such anchors are completely irrelevant. The investor may find it difficult to let go of a share that has dropped significantly, because the psychological anchor of fair value is at the original purchase price. The return of the US S&P 500 index, with reinvested dividends, up to this day has been over 400 percent, calculated from the 2009 low. Just as the Norwegian population provides a useless anchor when estimating the population of Madagascar, the purchase price or the historical low is not a meaningful anchor for the fair value of a share. By the way, the population of Madagascar is 26 million. Was your guess closer to this figure or the Norway figure?

According to Daniel Kahneman, a pioneer of behavioral finance, overconfidence is the single most important and, at the same time, most harmful of our psychological biases. Apart from being particularly difficult to get rid of, it strengthens our other biases. Sure, we can identify psychological biases in other people, but we are blind to our own blindness. Our confidence in forecasting accuracy is quite problematic when it comes to investment decisions. Psychologists Marc Alpert and Howard Raiffa asked students in their classes at Harvard to estimate figures like the length of the Nile river or the number of eggs eaten daily in the United States. The students were asked to give a range so wide that they believed there was a 98 percent chance it would include the right answer. Instead, the correct figures fell outside the students’ ranges more than 40 percent of the time. Economists Itzhak Ben-David, John Graham and Campbell Harvey obtained similar results in their survey directed at financial executives of large corporations. The financial executives’ forecasts (a total of roughly 7,000 forecasts) for the coming year’s stock market returns were within the requested 80 percent confidence interval only 38 percent of the time. Overconfidence has been linked to the cardinal sins of investors: overtrading and underdiversification.

Anchoring is an example of heuristics, and overconfidence is a psychological bias. In addition to these examples, numerous psychological pitfalls have been observed. These include hyperbolic discounting (would you rather take €100 today or €105 in one month from now? What about €100 in a year from now or €105 in thirteen months from now?), confirmation bias (supporting one’s preconceptions by selective gathering of evidence) and herd behavior (my neighbor is getting rich (again) with technology shares, why not me, too?). Studying these and other known heuristics and psychological biases is worth your while, and your investment portfolio will thank you if you, like Odysseus, devise a plan to resist the lure of the Sirens.

Interested in further reading? Read our interview with behavioural scientist Nicola Gennaioli to understand why investors fall into the trap of emotions. You can also download white papers on factor investing here. 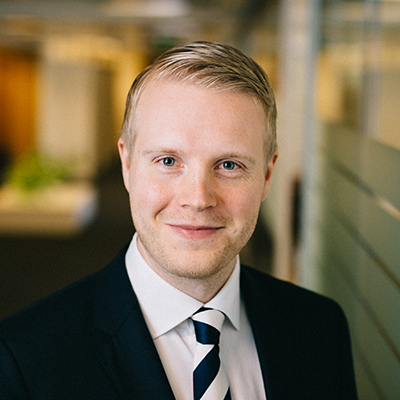 M.Sc. (Accounting), Portfolio Manager multi-asset and factor funds. Antti has worked in the finance industry since 2007 and started at Evli as a portfolio manager in 2010.