In March, the Evli Emerging Frontier team continued our 11 Sectors in 11 Months project, focusing on the Consumer Goods sector and meeting with 144 companies from 25 countries.

Our prevailing observation from meetings with retailers was that those at the forefront of digitization before the pandemic accelerated market share gains from traditional brick-and-mortar firms that couldn’t quickly transition to doing business online. For manufacturers, the common theme was significant margin pressure caused by increased raw material costs resulting from the ongoing commodity boom.

During the month, we increased our position in a $300m Indonesian wooden furniture and building materials manufacturer (with an appropriate ticker WOOD), making it the largest holding in our portfolio. This company, which derives over 80% of its sales from exports to large American home retailers such as Costco and Home Depot, is benefitting from the exceptionally strong US demand for furniture and building materials thanks to the housing boom and new work-from-home culture. Together with this overwhelming demand, the severe shortage of lumber supply in the US due to the local production inefficiencies, US-China trade war tariffs, and manufacturing capacity constraints in Vietnam has driven the prices of building materials to historical highs, further benefiting the company's sales.

At the same time, the firm is protected on the cost side: it sources wood from its own forests, and the global increase in shipping rates hasn't directly affected the business as it passes delivery costs on to customers. Additionally, the market is missing that the value of the company’s manufacturing land holdings has strongly appreciated due to urbanization of the surrounding area, and that the firm might also derive additional profits from using its vast forestry assets in carbon allowance trading – in an environment of rising carbon prices which are projected to triple in the next 10 years. Given such a perfect alignment of multiple tailwinds, the firm's current order book is record-high, and exceptional earnings growth is nearly certain this year.

This stock has returned 90% since we first invested. 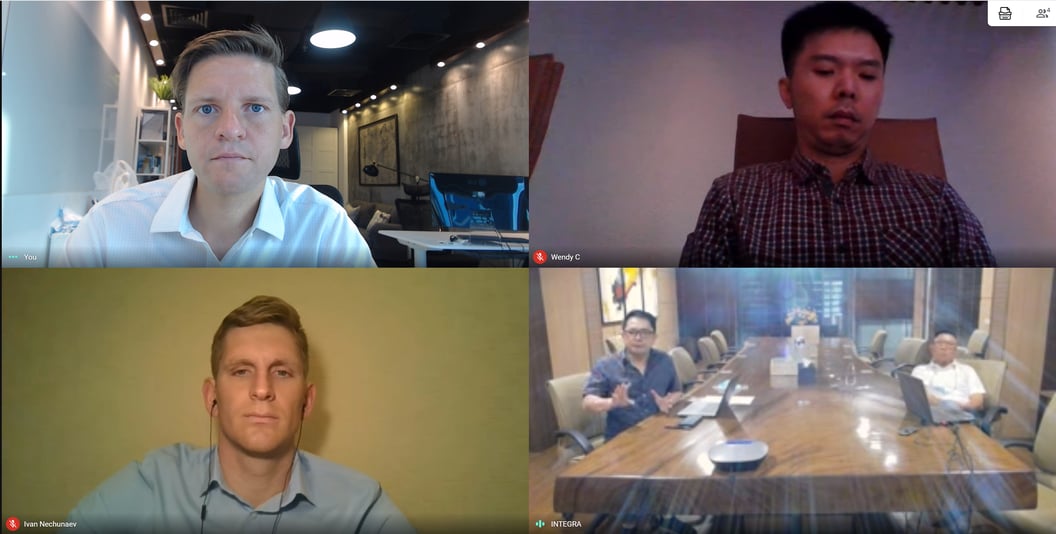 Meeting with the CEO/co-founder, CFO, and investor relations of a $300m Indonesian wooden furniture and building materials manufacturer

We also invested in a $600m glass maker in Colombia which similarly benefits strongly from the US housing boom, given that US exports constitute 92% of its  sales. The company’s management was highly upbeat as it is already on track to deliver results at the upper range of earnings guidance which had been revised upward twice this year. The orders have been fully booked for the next 18 months and are already at 1.3x of projected 2020 sales, and this doesn’t even include orders from the residential single-family segment, the industry's hottest at the moment. A true hidden gem trading at only 11x P/E, this company was missed by the market because it is based in a Colombian province while trading in the US: Colombian investors don’t have access to trade the stock while US investors don’t focus on obscure Colombian small caps.

This stock has returned 80% since we first invested.

Meeting with the CFO of a $600m Colombian glass maker

At the start of the month, we invested in a $3b Turkish white goods exporter. The company has also been benefiting from the tremendous demand for home refurbishings. Additionally, due to earlier plant closures across the industry there has been a severe shortage of large home appliances on the market. This combination of strong demand and tight supply drove the company‘s capacity utilization to 100% for the first time ever and its orders have already been fully booked for the entire first half of the year. Despite such a favorable business outlook, the stock’s valuation was near all-time lows.

However, later that month the president of Turkey suddenly fired the central bank governor for the third time in two years over the president’s unconventional belief that higher interest rates are bad for the economy, manifesting his continued assault on central bank independence. Having studied in-depth the previous currency crises in Turkey, we were prepared for such a scenario and promptly made the difficult decision to exit all our positions in Turkey, including this stock which we held for just 19 days. The decision paid off as even though the stock has been flat in TRY terms, it has lost 12% in EUR terms since we exited. The fund returned 10% over the same time period. 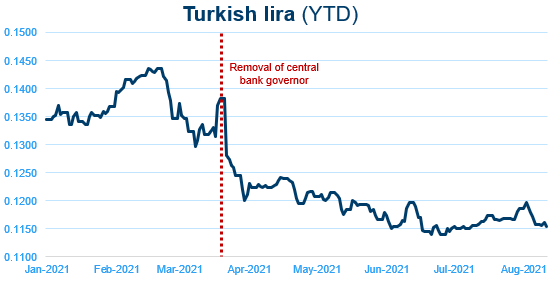 Our recent blogs in the "11 Sectors in 11 Months" series

A month focused on technology: Chip shortage drives demand and earnings during the pandemic