The War in Ukraine – Cain and Abel

We are witnessing a classic case of the folly of a small victorious war, which, in this case, is neither small nor victorious. The consequences of this war will be momentous and at this juncture difficult to predict in detail.

Let me quote Professor Stephen Kotkin of Yale University who in his magisterial Stalin biography describes an exchange in the Kremlin during the war between Stalin and the visiting British Foreign Secretary Anthony Eden. Stalin notes that Hitler is a genius, but he doesn’t know when to stop. Eden responds – who knows? To which Stalin answers – I do.

Indeed, Stalin did. Let me give a couple of examples. When Stalin in February 1940 realized that there was a real possibility that Britain and France could interfere in the Winter War against Finland, he agreed to start peace negotiations.

Although parallels to the world without nuclear weapons are rarely relevant in assessing modern day conflicts, the Winter War, to the surprise of many Finns, is suddenly strikingly pertinent to the war in Ukraine. Stalin denied the right of Finland to exist and underestimated the political will of the Finnish population and badly misjudged the fighting spirit and sophistication of the Finnish Army tactics – grave mistakes repeated by Putin in Ukraine.

But let me go back to Stalin and his ability to stop when he risked losing. Probably the best example is the Berlin blockade of 1947-48. When he realized that Americans and the British had broken the blockade by the spectacular Berlin Air Bridge - Luftbrücke - he lifted the blockade. The same happened with his successor Nikita Khrushchev who had to back down twice again in Berlin. The most relevant example is of course the Cuban missile crisis in 1962, which brought the world to the brink of a nuclear war. The Soviet leader underestimated the young American President and two years later he was sent into retirement by the Politburo of the Central Committee of the CPSU. -- I’ll come back to the Politburo, or rather to the lack of an institution comparable to the powers of the Politburo in present day Russia.

It is evident that Vladimir Putin has made grave mistakes. First on Ukraine, but also concerning the reactions of the West.

Underestimating Western reactions can be explained considering the internal political situation in the leading Western countries. President Biden’s struggle to realize his political goals. Not to forget the disastrous withdrawal from Afghanistan. Germany has a new Chancellor who still must prove his mettle and the French President is facing elections, to say nothing about the British Prime Minister’s travails.

The Russian propaganda came up with a disparaging expression “the collective West” (Kollektivnyi Zapad). But the label turned out to be ingenious. The Russians had found the right word describing the West, but in an unanticipated way – the West turned out to be unanimous and decisive. The skill and determination of the American administration to closely consult its allies and partners forged the Collective West. Probably the most unsettling move by the American administration was to troll the Russians by releasing detailed intelligence information, which turned to be accurate as we now know. This rattled the Russians whose only answer was denial and an attempt to mock propaganda about the “mythical Russian threat”.

But the real disaster was of course a flawed analysis of Ukraine. It seems more and more evident that there was no analysis to speak of.

To send the whole Russian Army into a war without a proper assessment of the enemy is a crime. And the Commander-in Chief will pay dearly for this.

What happened? There is evidence that the Russian intelligence community including academia have neglected what we can call Ukrainian studies. Russia has strong traditions in Chinese and Arab studies and of course in Western studies, but it evidently has not established anything comparable concerning the societies of former Soviet states, which by now have been independent for thirty years. The British scholar John Lough notes succinctly in his recent book Germany’s Russia Problem that Moscow recognizes the independence of the former Soviet republics but not their sovereignty, except for the Baltic States, which are both EU and NATO members. Still, even this does not explain or excuse the criminal neglect concerning Ukraine.

As we know political leaders make history, but they do not write history.

That is the task of historians in a free academic exchange. The case in point is, of course, the narrative that led to the Russian attack on Ukraine, now in its third week. Putin’s determined attempts as an amateur historian to prove that there is no Ukrainian nation and that consequently the Russian and Ukrainians, not forgetting the Belorussian are one people only underlines the gravity of the crime committed. President Putin’s words only prove that this is a civil war in the tragic sense of the word. To quote the Head of the other Ukrainian Orthodox Church, which until now remained loyal to Moscow – this is Cain and Abel.

President Zelensky, mocked daily in Russian propaganda as a nerve-wreck and drug addict is just another example of the disastrous mistakes Russia has made. Here again the parallel to the Finnish Winter war is striking. Not only was the right of Finland to exist questioned but the leadership, especially Marshall Mannerheim and President Ryti, were disparaged as a ruling clique. Russian propaganda does not admit till this day that there is a war, and it keeps calling the Ukrainian Government the “Kiev regime” or “junta”.

I regularly watch Russian TV news and am used to constant military manoeuvres with surging tanks and attacking jets and an endless flow of new weapons systems provided to the army. Especially prominent are, of course, the frequent reminders of the modernization of the Russian nuclear forces. But what we now see stuck in the mud of the Ukraine plains is not a formidable army commanded by competent officers and motivated soldiers. Let me again go back to the Winter War. Its significance in world history, a Finnish footnote if you will, remains that the war opened Stalin’s eyes and misled Hitler.

Even if the Commander-in-Chief eventually orders his army to turn Ukrainian cities into rubble like Aleppo in Syria or Grozny in Chechnya 1995, the military disaster will remain a fact and heads will have to roll.

Beside the political and military blunders made by the Kremlin the economic and technological mistakes are about to destroy the Russian economy.

Russia was warned several times that sanctions would be unprecedented. The sledgehammer sanctioning the Russian Central Bank has hit the heart of the economy. To the credit of the Russian economy, even though it is more and more statist, Russia has no voodoo economists. On the contrary both the Ministry of Finance and the Central Bank are run by western-educated professionals. It was a sombre, expressionless Governor of the Central Bank siting at the long end of President Putin’s table who absorbed the news that the country was going to war. Elvira Nabiullina was wearing black and did not sport one of her characteristic brooches, with which she in her personal central banker style has used to convey messages. The ‘economic bloc’, as the Russian expression goes, had been kept in the dark and deceived in a calamitous way.

The isolation of Russia and its own steps in isolating itself will sooner or later bring the country to a standstill and probably cause a default. Let me add the fourth mistake of Putin’s decision to invade Ukraine disregarding technological consequences. Russia is a rather advanced and, in many sectors, modern society. The use of innovative digital technology is common. The best example is the banking sector and its largest player Sberbank which is heavily reliant on American technology. Russia is not the Soviet Union; it is an open society and dependent on foreign trade and technology. Lack of Western spare parts and components is already grounding the whole Russian commercial aircraft fleet of mostly Boeings and Airbuses. Even the iconic Soviet car manufacturer of Ladas, with roots in a Fiat car from the 1970s, is about to close shop because of lack of components. The economy just cannot survive closed borders. Surging inflation and scarcity of produce will rattle Russian society.

The classic Russian question remains – What is to be done "shto delat" and Who is to blame "kto vinovat".

What is to be done is clear. Stop the war and start negotiating with the “Kiev regime” because there will be no Ukrainian capitulation. This will probably require a mediator. The Russian self-image and its status as the other nuclear superpower do not recognize any player other than the United States as an equal partner. But if not Washington, who could convince the Kremlin to seek a settlement? My guess is that the only leader whose advice Putin cannot refuse remains the Chinese President Xi Jinping. Could a mediation effort also include European leaders? – I just do not know.

Then the decisive question - who is to blame. I would never have imagined that I would miss the Politburo. Because there is no political organization in Russia that has the power to hold the President and Commander-in-Chief accountable. 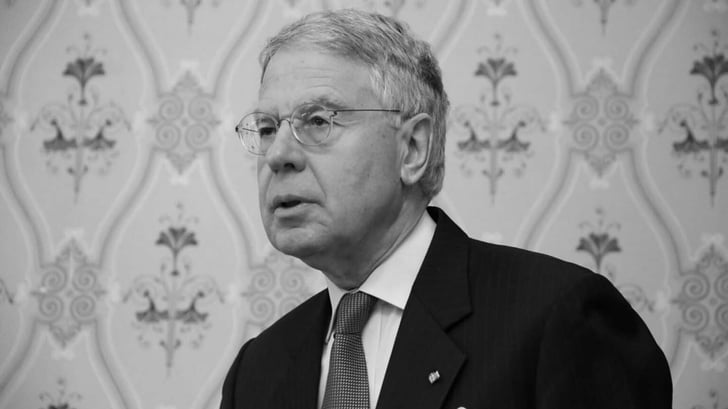 René Nyberg is a long-time Finnish diplomat who, among other things, served as Finland’s ambassador in Vienna, head of Finland’s CSCE delegation (1992–1995), ambassador in Moscow (2000–2004) and ambassador in Berlin (2004–2008). He left diplomatic service in 2008 after he was invited to lead a newly formed organization for promoting the interests of Finnish industry in Russia, the East Office of Finnish Industries. He served as East Office CEO 2008–13.

Back
Stay up to date Subscribe to our newsletter