Negative interest rates: An uncertain future or the new norm?

Some financial institutions are now offering their customers negative interest rates, meaning people are being paid to borrow and charged to save. What does such an odd phenomenon mean for Evli, its clients and the broader economy?

“To put it simply, we have negative rates because global excess savings are more than the need for capital,” explains Tomas Hildebrandt, Evli’s senior portfolio manager and market strategist.

“There are global uncertainties that have pushed a demand for safe assets such as fixed income investments. Central banks in Japan and Europe have been purchasing assets in quantitative easing. Also, there are low inflation expectations, or even expectations for deflation.”

These factors have helped push some interest rates so low that they have turned negative. A number of European countries, including Finland, Sweden, Germany and France, have seen negative yields on their long-term government bonds. The Swiss National Bank’s policy rate of -0.75 percent has led a number of Swiss banks to implement charges on large cash holdings. This isn’t only happening in Switzerland.

In practice negative interest rates can have positive effects on the economy. Several years ago Sweden’s Riksbank purposefully pushed the overnight deposit rate negative for exactly this reason.

“Negative rates are good for debtors because you can renegotiate debt or refinance at a lower rate,” says Hildebrandt. “It encourages more spending and investing which can boost the economy.”

However, there can be downsides to negative rates as well. For example, if they last a long time they can lead to wasteful spending or unwise capital expenditures. Investors might be unclear on what negative rates mean and some assets, such as real estate and bonds, might have lower returns.

It is trickier to gauge the impact on equities though. “In the short-term, negative interest rates can be a boost to equities. If companies are charged to hold cash they might be more willing to return money to investors via share buybacks or increased dividends. In the long-term, equity returns are driven by corporate profits, which are not necessarily tied to interest rates.”

Above all, negative interest rates seem to disrupt one of the core concepts of investing: the time value of money.

“Normally, one euro today is worth more than one euro tomorrow,” says Hildebrandt. “But if negative interest rates last a long time this challenges everything. If they last for a couple of years there are big implications for corporations and private persons alike.”

This is why it is more important now than ever to have a financial advisor and asset manager you can trust.

“People need guidance in this unprecedented environment,” Hildebrandt says. “We can give advice and help with their overall investment strategy. We are prudent investors and work hard to manage any eventual risks of negative interest rates. All the investment tools for investors are at our disposal.”

So far much of the attention on negative interest rates has been more theoretical than actual because it has only occurred in isolated incidents. But what does the future hold?

“In the very near future everyone will be looking to see what the European Central Bank and the Fed do in their September meetings. There are other continuing uncertainties, like Brexit and trade tensions, which can impact events,” Hildebrandt says. “The good news is that we are aware of these issues and we are prepared for even a long period of uncertainty. We have already factored in these issues in our investment decisions.” 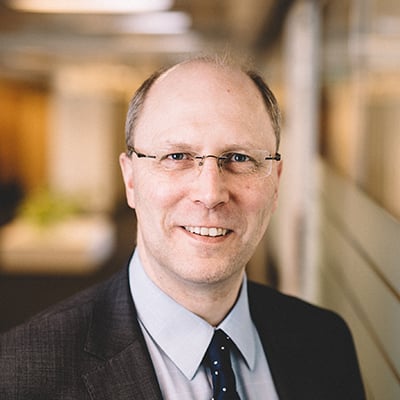