ESG in Egypt: A laughing matter

The CFO of a large Egyptian real estate developer stared at us blankly when we asked about their ESG policy. After explaining that it stands for environmental, social, and governance sustainability practices, she burst into laughter. “Nobody in Egypt is worried about such nonsense.”

It turned out she was wrong. As a matter of fact, our next meeting was with one of their competitors, a much smaller firm which was able to articulate a robust ESG policy. They have voluntarily published sustainability reports for several years, and are a signatory to the United Nations Global Compact. They have even opened a kindergarten onsite, and as a result their gender balance ratio, as well as employee satisfaction and engagement improved. This is just one of the many workplace enhancements that can bring about better business performance.

In fact, we were pleased to learn that most Egyptian companies we met with are not only aware of ESG, but increasingly seek to implement ESG improvements and target United Nations Sustainable Development Goals in their operations and business strategies. This gives us confidence that such businesses can perform very well in the long run, as they appreciate the business benefits that sound ESG practices may bring.

As managers of the Evli Emerging Frontier fund, we take all matters ESG very seriously. We believe that our calling as investors is to produce the best returns for our clients in a sustainable and socially-responsible way, generating positive impacts as well as superior investment performance. In fact, research supports our conviction. Academic studies suggest that investment strategies which implement sound ESG practices outperform traditional strategies. And the evidence is even stronger in emerging markets where 71% of studies report positive findings while only 4% report negative findings.

In the middle of the desert: from pyramids to suburban living

Deterioration of living conditions in downtown Cairo and expanding middle class led to the development of modern upscale real estate projects a few miles outside the city – from the looks of it, based quite literally in the middle of the desert, reminding us how the Sphinx was built thousands of years ago. We met with several developers of such projects to better understand their buyer profiles, business models and growth plans. Factors such as absence of mortgage market in Egypt, increasing middle-class family incomes (thanks in large part to female employment growth), and residents’ desire to escape downtown Cairo set the stage for strong buyer demand and further expansion of these suburban villages. 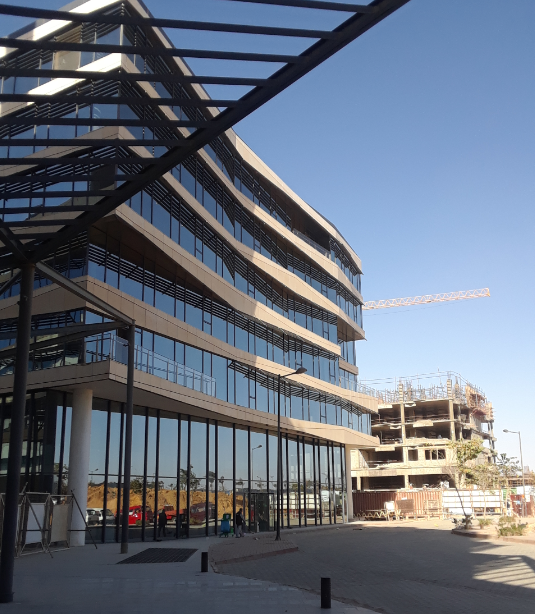 Of particular interest to us was the situation at one of the developers: the company has been accumulating a lot of cash on the balance sheet and has not made a new land deal in a long while. While rare – and contradicting – bits of information pertaining to this matter were available in the local media, we rightfully realized that without visiting the company and several of its competitors it would not be possible to understand the real reasons behind such a passive business behavior. Indeed, through speaking with the company’s CFO and senior managers of competing firms we better understood the company’s land acquisition process and assessed any repercussions for investors that may arise. It is a situation that we will continue monitoring closely.

Egypt of the past and present

Our trip to Egypt gave us a vivid example of an emerging market that has had its fair share of political and economic turbulence over the recent years (read revolution and currency devaluation, not Pharaohs-vs-Romans) – yet that hasn’t lost hope. Quite the opposite – with the currency float and major political issues seemingly behind, continuing urbanization and young, rapidly expanding population boosted by the post-revolution fertility boom (see the modern Egyptian pyramid below), Egypt looks well-positioned for increased consumption and long-term economic growth.

However, as we navigated through the streets of the 20-million-strong Cairo between the meetings with an electricity products company and an industrial holding company in a rather fluid (an uninformed observer would call it chaotic) traffic, we could clearly see that quick demographic growth and urbanization do not merely bring economic benefits. In many cases, they also mean overpopulation and frequent infrastructure failures – the complaints so often voiced to us by Cairo residents which, we sadly concur, are not unfounded.

The upscale developments catering modern coffee shops, luxury auto dealerships and private clinics to their tenants marked a very sharp contrast with the historic core of Cairo. As we drove back downtown from the company visits, we contemplated about economic inequality, its causes and effects. Surely enough, the conversation quickly turned to how responsible investing can help build healthier businesses, fairer societies and stronger, more sustainable economies. 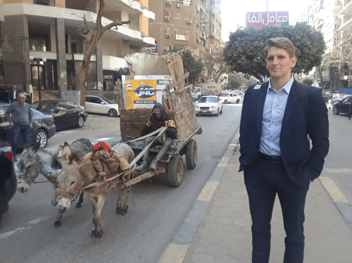 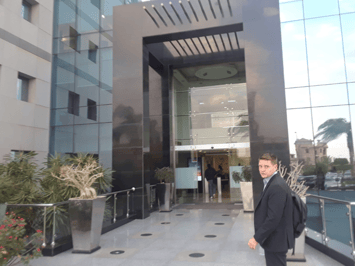 Read our blog about Vietnam here.

You can read more about the Evli Emerging Frontier fund here